Today is my dad's birthday.

When we were little, my parents decided to help us each create a special tradition that we would do together each year on our birthday. We went to the beach for my birthday in July, built a snowman for Shawni's birthday in January, went bowling for Noah's November birthday. You get the idea. Some traditions "stuck" more than others. My dad's birthday tradition was one that really stuck and has ended up helping us feel bonded to each other as it's been celebrated by each of us wherever we've each been throughout the world every October 28th for well over 60 years now.

My dad's birthday tradition is to jump in the leaves. For as long as I can remember, we've hiked into the mountains or found a park with lots of fallen leaves, raked then up, play in them, jump in big piles of them, stuff them down each other's shirts, jump out of trees into them, that sort of thing. This tradition is perfect for my dad since he absolutely adores fall and has taught all of us to be somewhat obsessed with fall folliage and pumpkins and the smell and crunch of fallen leaves and the crispness in the air and everything else about fall.

I think this might have been the first year we made fall leaves a focus of my dad's birthday. This is Josh, Dad, me, Shawni, baby Saydi and Mom up the canyon near Salt Lake City. 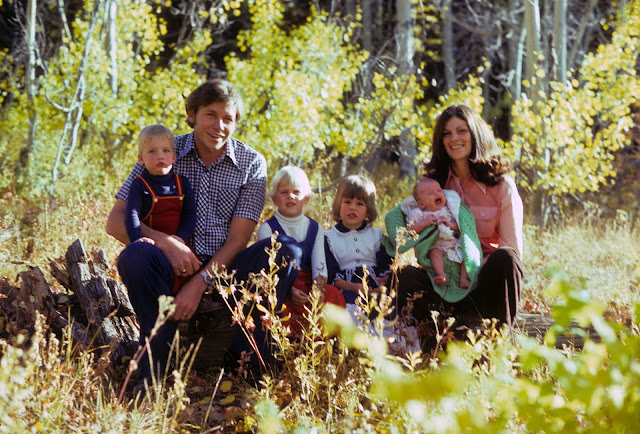 When we moved to England for three years, we found great leaves to jump in on Box Hill (looks like I was being sort of bratty here. Sorry dad. Love Josh's coat and my dad's Sherlock Holmes hat...) 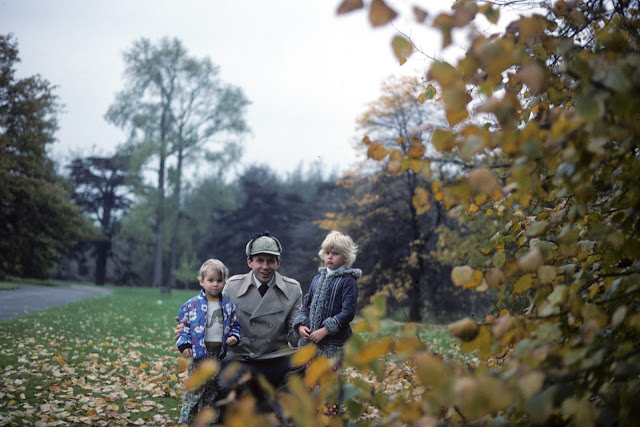 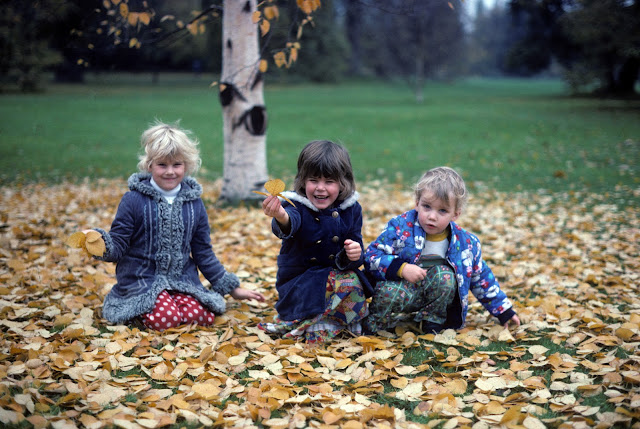 Noah, Saydi, Shawni and Talmadge in the leaves up the canyon back in Utah. 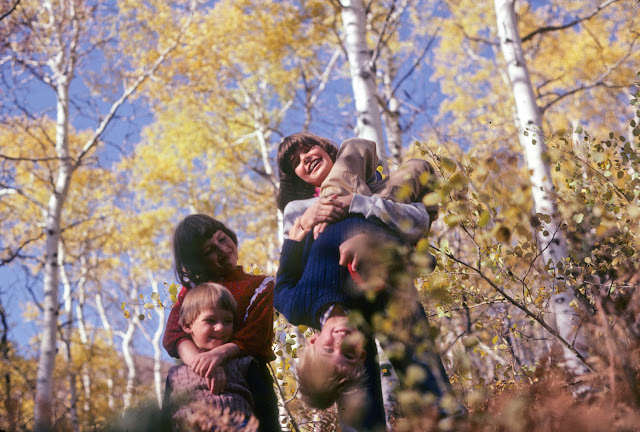 Jumping in the leaves at Liberty Park in Salt Lake (Shawni, Josh, Talmadge, me randomly in a pioneer hat, Jonah and Saydi 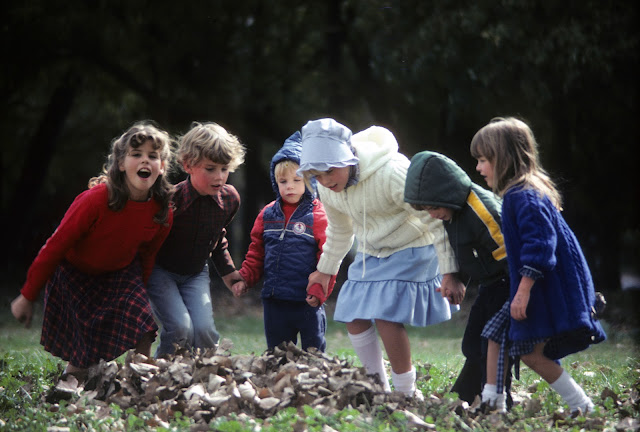 Me, a random neighbor?, Shawni, Saydi, Jonah and Josh (back to the camera) in the backyard of our house in Virginia (Dad's beloved hammock in the background) 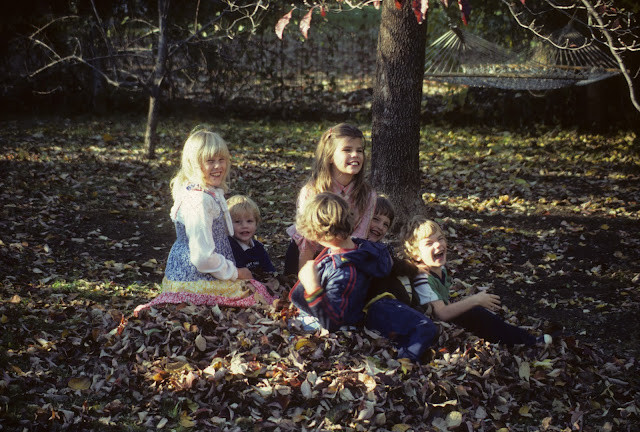 Back in Utah my 7th grade year, enjoying Dad's birthday up the canyon
The leaf jumping kept going even when we got older and started leaving home.

This is the photo my mom sent me of leaf-jumping that happened one year after Shawni, Saydi and I had left home (Josh, Dad, Jonah, Charity, Noah, Eli - Josh must have come home from BYU for dad's birthday and Tal was gone somewhere...) 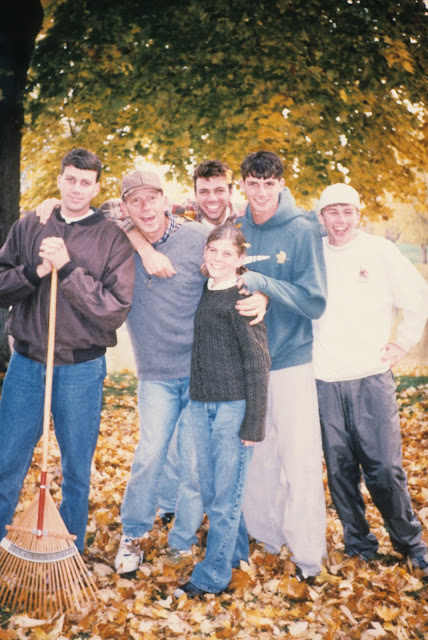 One year, when I was in Bulgaria on a mission, Shawni was in Romania on a mission and Josh was in England on a mission, my dad was excited open the birthday cards we each sent to him. He found that each card contained pressed autumn leaves and a story about where and how we had each jumped in the leaves to honor his birthday tradition. We'd each independently thought of sending leaves in a card to Dad for his birthday. My mom framed some of the leaves we sent from across the world: 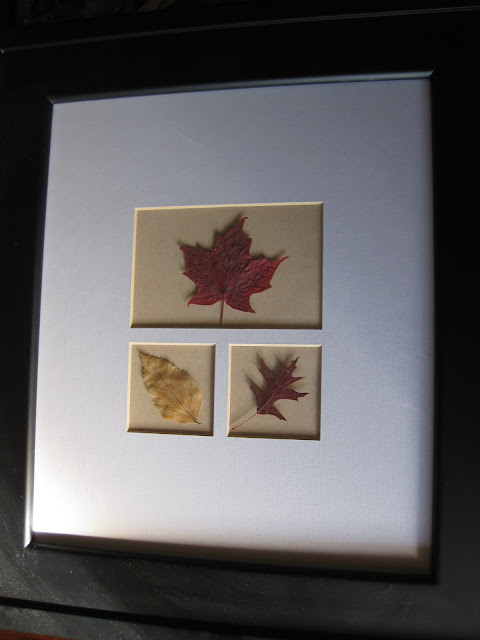 And there was the year Shawni and I got home from our missions and were able to join in the leaf jumping with dad again after many years of being away from home (even my dad's mom, Grandma Ruthie, joined in - but Josh was still on his mission). Clockwise from Grandma: me, Eli, Charity, Shawni, dad in the middle, Noah, Tal, Saydi 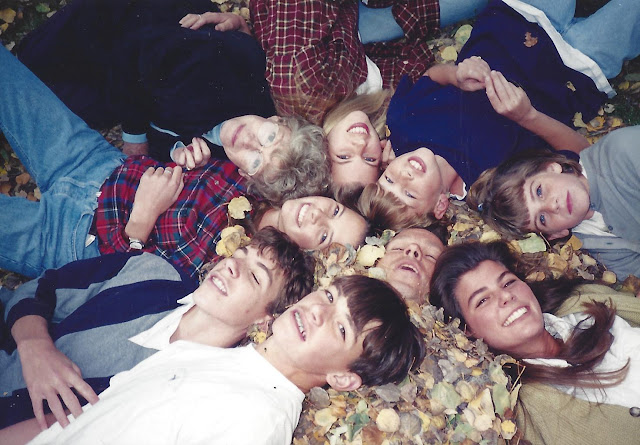 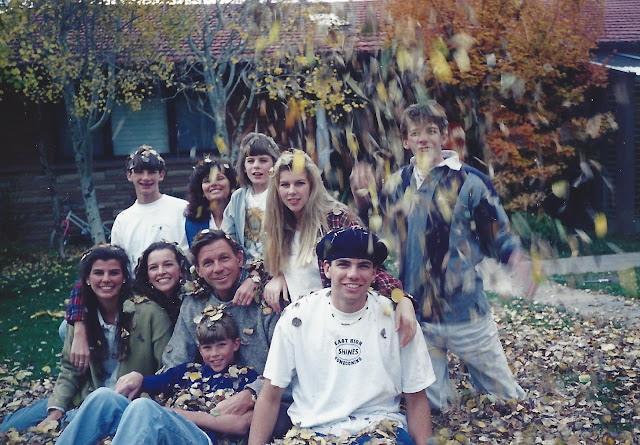 And now my kids get to jump in the leaves with me and my dad on his birthday since we live close to them. 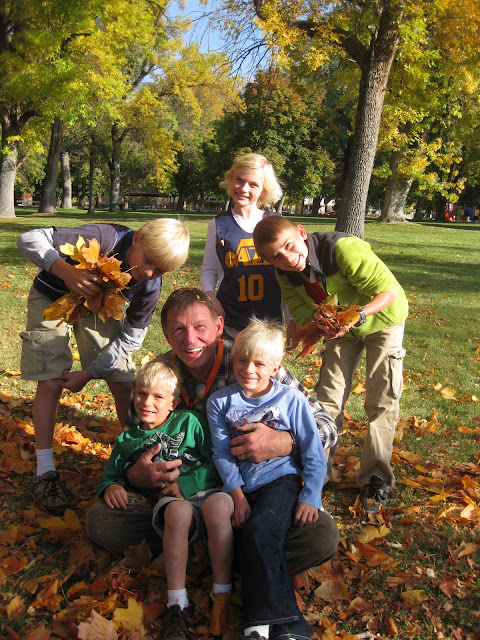 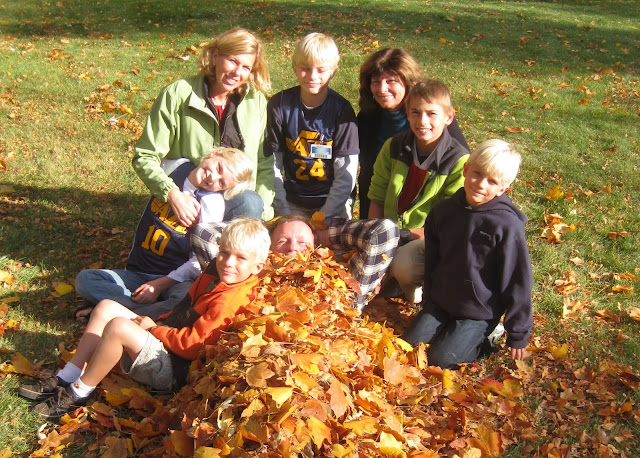 So this afternoon, we'll be jumping in the leaves in the park right down the street and adding to this legacy of fall fun.

And the kids will give Grandfather the very special leaf creations and cards that they've lovingly made for him. 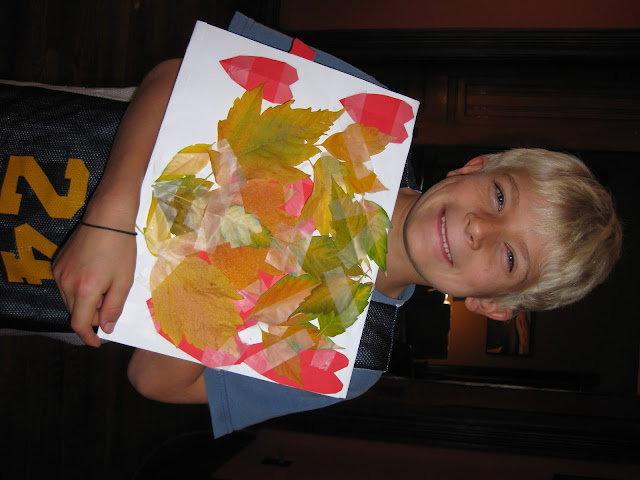 I'm so grateful for the love of traditions and beauty that my dad instilled in all of us. He filled our lives with fun and love and meaning and striving. He taught us to enjoy deeply and work hard and be loyal and make the world a better place.

Here are a few of the quotes my dad had us memorize as kids that I still think of all the time and that I can type out off the top of my head:

"See how the masses of men worry themselves into nameless graves while here and there, a great unselfish soul forgets himself into immortality."

"True joy comes of the capacity to feel deeply, to think freely, to enjoy simple, to risk life, to be needed."

"Good is the enemy of best."

"You wouldn't worry so much about what other people thought of you if you realized how seldom they did."

"We don't own anything. We are mere stewards. An attitude of stewardship creates gratitude and generosity while an attitude of ownership can make us selfish or prideful."

"Live with an attitude of serendipity. Serendipity means 'when, through sagacity and awareness, we see and act upon something better than that which we were originally seeking.'" (My name comes from the word "serendipity," my parents' favorite word at the time I was born.)

And I'll end with a few shots of my dad that capture a bit of the amazing dad and grandfather he is: 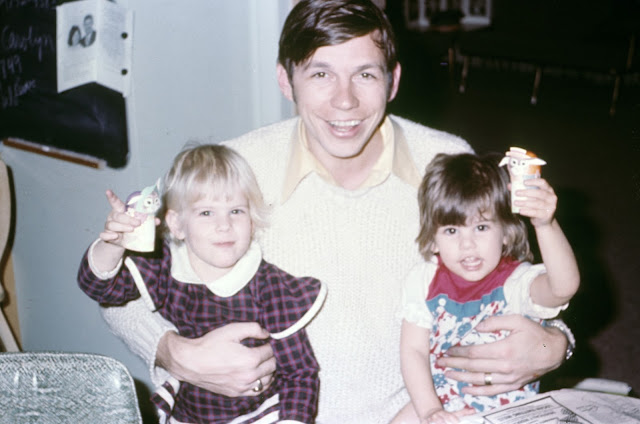 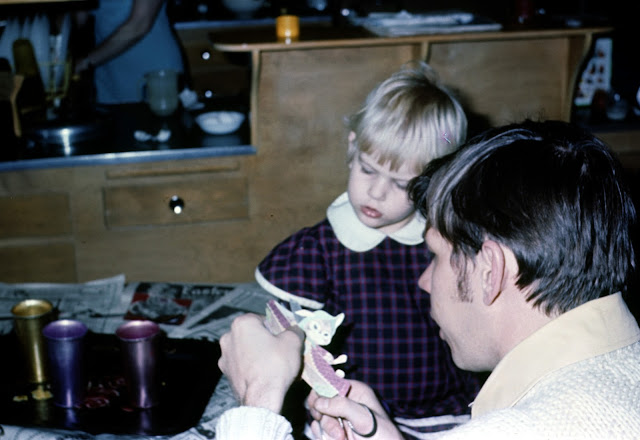 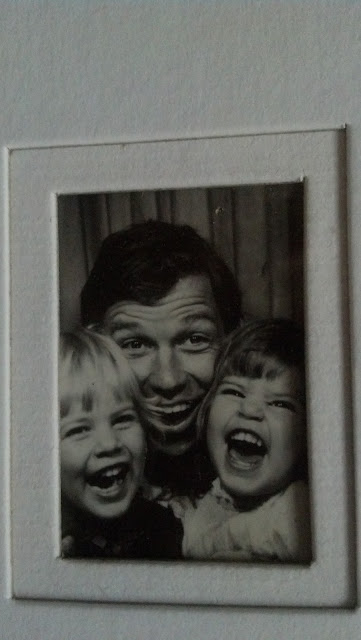 Dad dressed up as a clown and did all sorts of fun magic tricks at all our birthday parties. This is Shawni's 7th birthday party - she's in the middle on the back row. 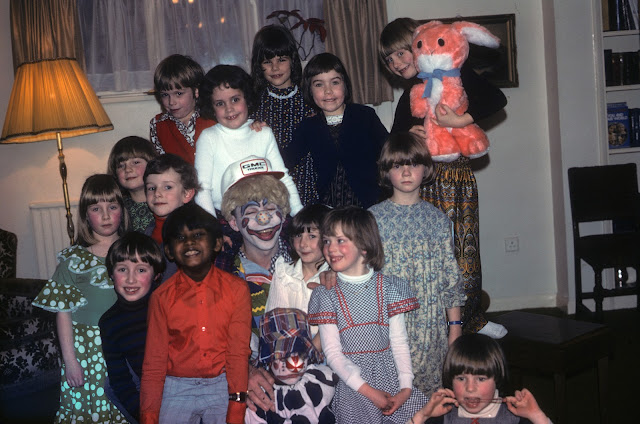 Josh made dad some cucumber glasses and he wore them with pride. 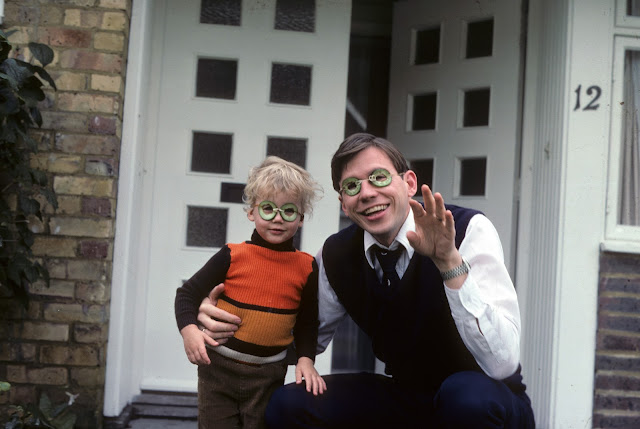 Here we are with Dad one birthday (Saydi, Josh, Jonah on the ground, Dad, Talmadge, me, our dog Canie, Shawni). Can you see the mutual adoration going on? 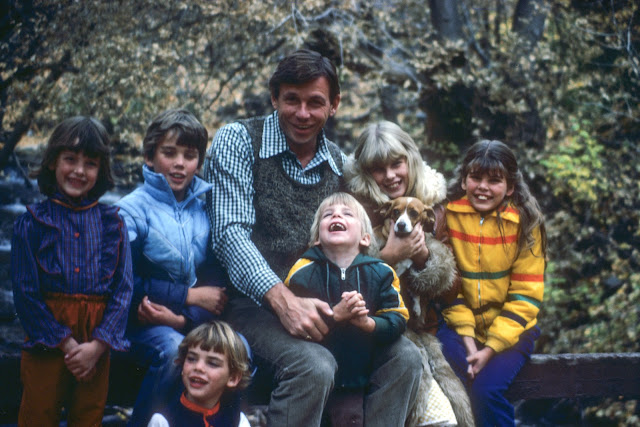 My kids similarly think their beloved Grandfather is about the coolest and most fun guy in the whole world and I'm so grateful we live near my parents now and relationships have been able to deepen. Here the kids are with Grandfather last weekend. Again, the great relationships are pretty apparent in the photos. 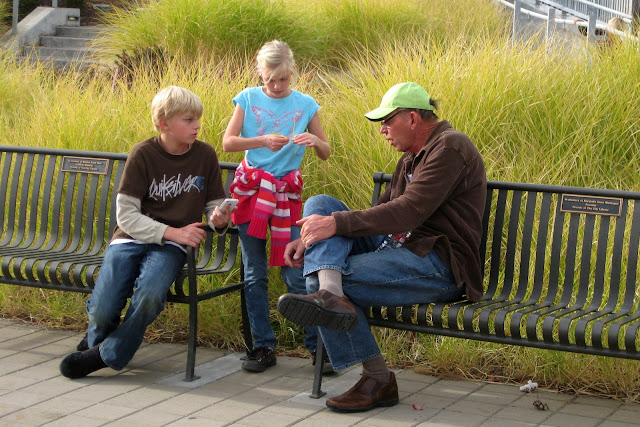 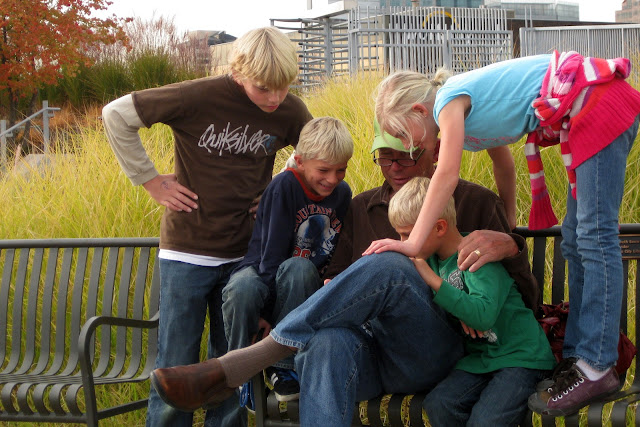 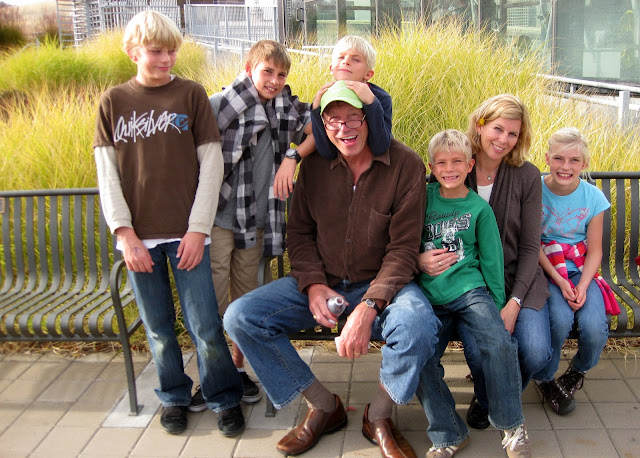 Happy birthday to the best dad ever!

I remember very well one year when my family lived in Hawaii, and you and your family came to Oahu for a visit. You all stayed at our house in Laie for a night. I remember your dad was so involved in making sure us Curran kids had fun. He did that thumb trick and we all thought it was the coolest thing! I'll never forget that.

So beautifully put, Sar. Our dad is certainly one of a kind. We are so lucky!!

emily ballard said...
This comment has been removed by the author.
7:48 PM

I love the idea of having a specific tradition tied to each person's birthday. I guess we will have to play around for a few years and see which ones stick.

I served with your sister as missionaries in England and I remember walking through the park and stopping to jump in the leaves. I think she picked up a few leaves and stuck them in a card to him as well. What a great tradition! 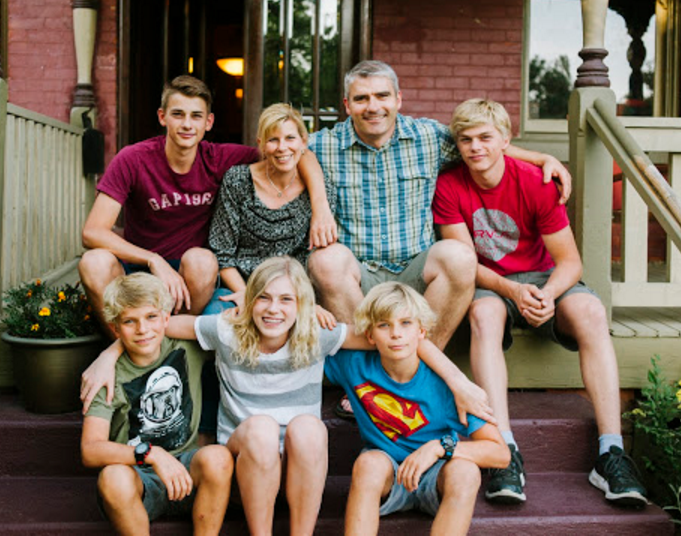 Listen to me here 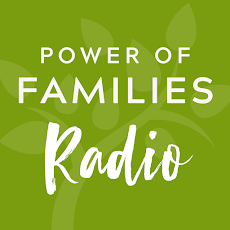 Set up a Family Economy, Family Rules and Family Culture 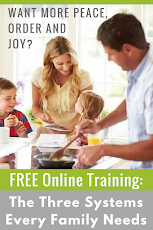 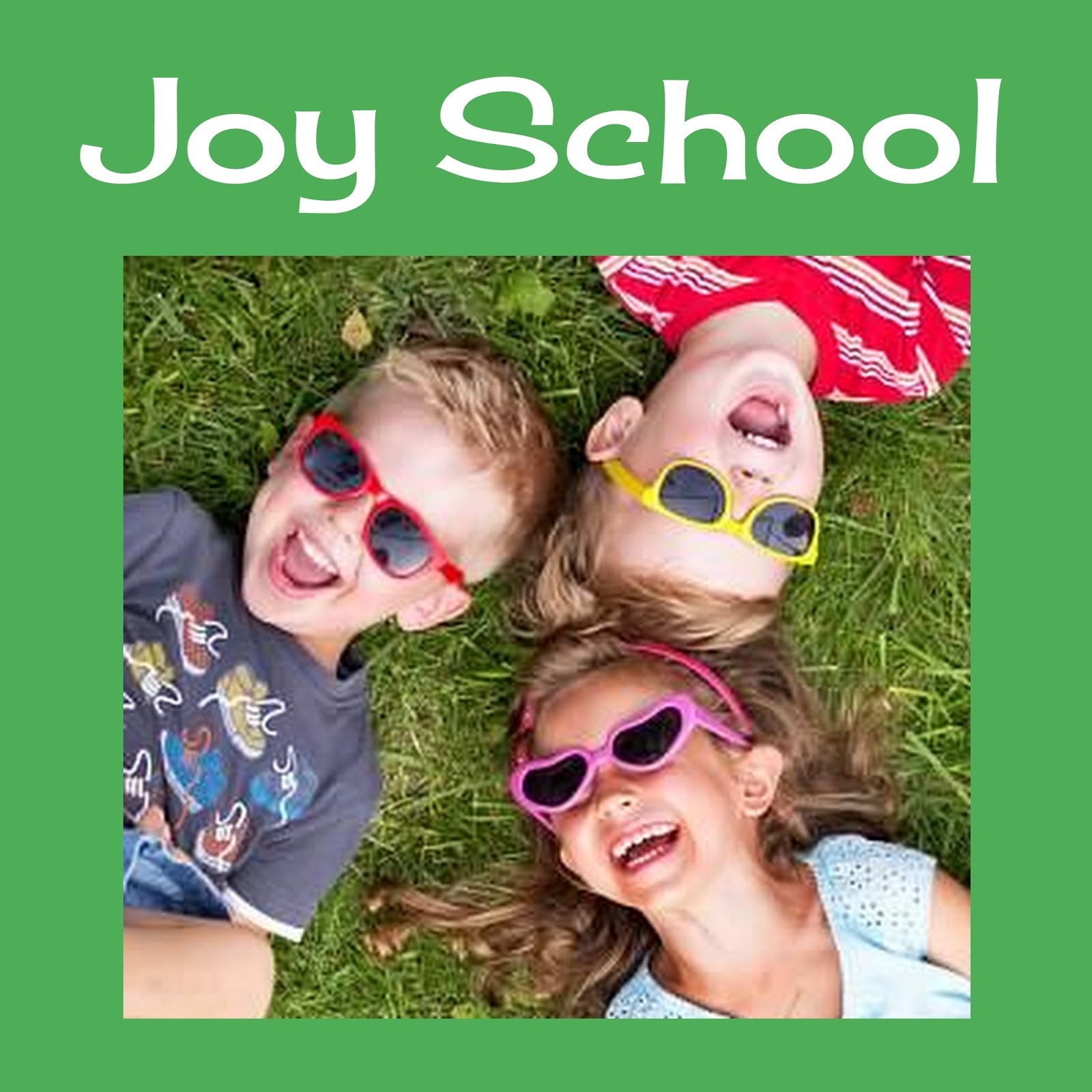 use this thing if you want to know when there's a new post here:

Links to My Family's Blogs (some don't post much but when they do, it's great stuff!)